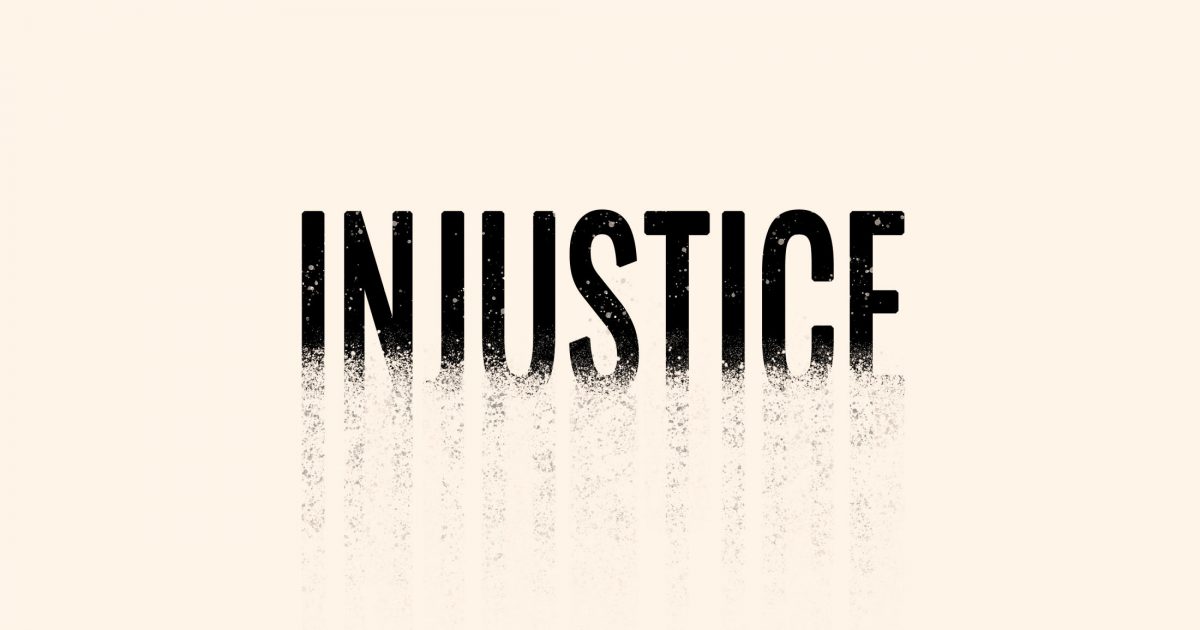 It’s that time of year again, when the scramble for easy money reaches a fever pitch for a select group of secretive, utterly compromised Tobacco Control ‘Experts’.  Over one billion dollars has already found its way into the deep pockets of a handful of tainted bureaucrats, corrupt scientists, blind-sided academics and blinkered NGOs, and there’s much more where that came from!

All that they need to do is simply commit to ignoring the truth, perverting the evidence, spreading lies and disinformation and denying billions of people the right to make better choices for their own health and any of them could be a BIG WINNER while serving the vested interests that control the message and corrupt governments and entrench misery, suffering, illness and death in the general population.

They needn’t worry about the consequences –  the entire system has been set up to protect its allies and destroy anyone whose views don’t match those of the prohibitionist, self-serving billionaires and corporations whose filthy lucre, spread far and wide in global Public Health and regulatory bodies, has successfully corrupted the WHO, governments, academia and medical institutions, buried the truth under a mountain of deceit and falsehood while carving out a highly profitable pharmaceutical empire that serves only the interests of Big Pharma and the egos and political ambitions of a handful of philanthropic billionaires.

The WHO Framework Convention on Tobacco Control (FCTC) Ninth Conference of Parties (COP9)  is due to be held online from November 8 to 12, 2021. Leading up to this closed-door, private, secret, flawed and controversial COP, which, as usual, is largely funded by Big Pharma and the Bloomberg Foundation,  a series of equally closed-door, private, secret, flawed and controversial meetings is scheduled to take place in Asia, at which further demolition of Tobacco Harm Reduction – the use of less harmful nicotine products, such as SNUS, e-cigarettes and Heat Not Burn, will be implemented, and policies that deny adult smokers the right to access these less harmful alternatives to deadly cigarettes will be promoted.

And no, we, the adult electorate of the countries that are participating in these events, NGOs,  media, or anyone that hasn’t been ‘initiated’ into the one-sided echo chamber that the funding has created are not allowed to participate or even observe any of these flawed proceedings. The agenda and discussion are intended to be secret, and no reporting is tolerated. A press release may (or may not) be issued that blandly issues assurances that the delegates have everything under control and that the policies they recommend should be accepted without argument or debate.

In fact, what is discussed at these meetings is essentially finalizing the script and assigning delegates to deliver it at the upcoming FCTC COP9… a script that is written by a billionaire “Philanthropist” and Big Pharma.

The Asia Pacific Conference on Tobacco or Health, an international conference of the converted, preaching to themselves, is the first of these incestuous gatherings, held online on September 2 and 3, 2021. Among the ‘luminaries’ presenting at this online cess pit are several notable tobacco control ‘experts’ who have made a career out of attacking anything and anyone who opposes their views such as Simon Chapman, Stan Glantz, Judith Mackay, Mattew L. Myers, the Thai tobacco control establishment and SEATCA.

One thing all the speakers have in common is an irrational and untenable position against less harmful nicotine products.

Another thing many have in common is that many if not most of the speakers are longtime Bloomberg grant recipients or indirect beneficiaries – a clear example of a group of Bloomberg/WHO-paid lackeys preaching to themselves while ignoring the science and the harm they are causing consumers.

Retired professor Stanton Glantz is talking about effective advocacy in low- and middle-income countries.  He probably doesn’t want the audience to know his work is unreliable and has been roundly debunked by his peers, and, despite the fact that WHO still cites it, his most recent research, as with other papers he has submitted in the past, was withdrawn by the scientific journal that published it due to major flaws uncovered during the peer review process.

Australian ‘legend in his own mind’ Simon Chapman is talking about “what the vape advocates don’t want you to know about vaping.” As someone who managed to make a 180 degree turn away from tobacco harm reduction (which he espoused in his earlier work) after allegedly receiving conditional funding, I’m sure there are things Mr. Chapman would rather we didn’t know about HIS anti-vaping advocacy…

And just so there is no question as to the actual purpose of this online love fest, it has been announced that a “research award” will be given to a lucky participant… which dovetails nicely with several pieces of research that have recently been released on how funding has compromised the integrity of the data and corrupted the tobacco control sector.  Note that this conference is sponsored by Pfizer as well as longtime Bloomberg largesse.

Following a mere week later, the WHO South East Asia Regional Office (SEARO) will hold its pre-COP9 conference online from September 6 to 10, followed by Western Pacific Regional Office (WPRO) from October 25 to 29. Between them they cover every Asia Pacific nation from India to Fiji

While SEARO, WPRO are on paper more of a general regional health conference, their proximity to the FCTC COP9 ensures that vaping and less harmful nicotine products feature highly on the agenda – as mentioned, these events serve as a final script-writing session for the delegates to FCTC COP9.

What is different this year is, of course, COVID, and the pandemic will rightly occupy the bulk of the discussions. Or at least, that is what we are being told. In fact, this is a smoke screen, there is a far more sinister and worrying anti-vaping agenda being perpetrated behind the scenes.

This year’s SEARO and WPRO, as with COP9, are being held online one year late because of the COVID pandemic. Previous COPs, and the appendant SEARO and WPRO meetings, have been roundly criticized for failing to acknowledge the vast body of peer reviewed research that negates every single one of its arguments against harm reduced nicotine products. This year it was announced that position papers would be presented by delegates, but there would be no debate or discussion until COP10. In other words, delegates will report back to their governments with whatever guff the script writers at Bloomberg and Big Pharma come up with, coursed through their army of paid,  willing minions, most likely presenting these as ‘must do’ ‘undebatable’ ‘facts’ and then, maybe, two years later, COP10 delegates may allow some feedback on the results – sorry, allow some ‘debate’ on some of the possibly more outrageous claims and lies. By then many countries will have bowed to the pressure and enacted draconian and utterly unhelpful legislation restricting or banning the use of life saving less harmful nicotine products.

It has been agreed by FCTC parties that NO discussions or decisions on vaping topics or other important matters are to be held at COP9. All discussions have been postponed — until COP10. At least, that is what we are being told. Consequently, one would hope and expect governments to ensure their delegates to COP9, SEARO and WPRO abide by that, and defend themselves against Bloomberg funded bureaucrats trying to force their scripted agenda on unsuspecting legislators, ignoring science and harming consumers.

So it really came as no surprise to find buried in item 63 of the SEARO guidelines that: “Provisional Agenda items 7 to 13 would be considered under a so-called “Written Silence” procedure. In this respect, Member States and other participants had been invited to submit written statements ahead of the Regional Committee Session, and these statements would be appropriately and adequately reflected in the report of the Session. This was due to the practical exigency that there would be no live discussion of these items during the virtual session”.

In other words, whatever you submit is accepted without question and entered into the records.

Pretty convenient if you are a self-serving ‘benefactor’ with an agenda to ply.

News Flash: Asian consumers are significantly more transparent, democratic, open-minded, science-oriented and anxious about the clear evidence of inappropriate foreign interference in their respective countries’ legislative processes, and the corruption that this entrenches, than the majority of  COP, SEARO and WPRO delegates have demonstrated themselves to be up to now.

There are millions of vapers, almost all of them former smokers, and hundreds of millions of current smokers whose lives could be changed immeasurably for the better were they to be given accurate information and access to less harmful nicotine products living the regions covered by SEARO and WPRO.

That’s over half a billion smokers and vapers living in Asia Pacific region.

They vape, they smoke, they vote – and THEY ARE WATCHING! Consumers, adult smokers and vapers, have the means, the will and the passion to respond decisively and effectively if there is not a rapid sea change in the way WHO and its ‘benefactors’ currently mishandles its tobacco control effort. Denying the evidence and pushing lies and false narratives onto unsuspecting, trusting citizens and legislators is NOT acceptable, and the consequent damage to the health of one billion smokers worldwide this deceit is causing needs to be reversed.

Our blood is on their hands, and there will be a reckoning.

rendezvous: Matt Myers about the Bloomberg Initiative to Reduce Tobacco Use (typepad.com)