factasia’s position on e-cigarettes (“vaping”, EC) is that the harm-reduction case has been made convincingly by independent experts.

Respected autonomous organisations including Public Health England and the Royal Society for Public Health (RSPH) have recently not only endorsed ECs as perhaps the most effective means of persuading smokers to stop smoking, but recommended their more extensive adoption and criticised factions within the scientific and political community for spreading distorted and misleading information about the safety of properly regulated ECs.

Globally, the independent harm-reduction community has accepted the fact that (properly regulated) ECs are at least 95 percent safer than smoking.

Access to ECs is growing in EU, Japan and US, but through most of the Asia-Pacific region, governments have generally so far failed to come to terms with either consumer demand or public health imperatives, mostly arguing unconvincingly that they want to wait for “long-term evidence” of the harm-reduction effectiveness before making them available. However,

– most Asian administrations have made little or no effort to investigate the fundamental distinctions between vaping and smoking (ie that ECs are so much less harmful because they do not involve combustion, which is the process that gives rise to harmful particulates and compounds)

– globally, public health experts say the opportunity to save lives and reduce disease associated with smoking will be missed if governments wait for decades for ‘long term evidence’. [Martin Dockrell, Tobacco Control Lead at Public Health England and ex-Director of Policy & Research at ASH: “If we wait for perfect data, we will wait for ever, and people will die.”]

– regionally and globally, media coverage has often been distorted. Numerous leading figures in the scientific and regulatory community have condemned what they call “disinformation.”

Throughout Asia, adult smokers say they want the choice to switch to less harmful alternatives to tobacco. In a series of surveys commissioned by factasia in 2015 (in six leading Asian nations),

Although there is a small market (regionally and globally) for ECs that do not contain nicotine, the main raison-d’etre for ECs is as a means of enabling existing tobacco smokers to quit smoking while retaining the ability to derive their nicotine ‘hit’ – in a far less harmful manner as the nicotine is vaporised as part of a flavoured liquid that is heated and produces entirely harmless ‘steam’.

Nicotine is a substance found naturally in many common plants, including tomatoes and broccoli.

Its chemistry is not unlike that of caffeine, the “active ingredient” of coffee. Moreover, the global scientific community is today convinced that in itself nicotine poses a negligible public health risk that is comparable with caffeine:

Dr Marewa Glover: “Are we really going to get all puritanical about people using nicotine if it’s in a form that is no more harmful than their coffee addiction?” “There is no public health demand for an end to nicotine.”

Shirley Cramer CBE, Chief Executive of RSPH: [Nicotine is] “a substance which in and of itself is not too dissimilar to caffeine addiction.” [Nicotine is] “no more harmful to health than caffeine.” 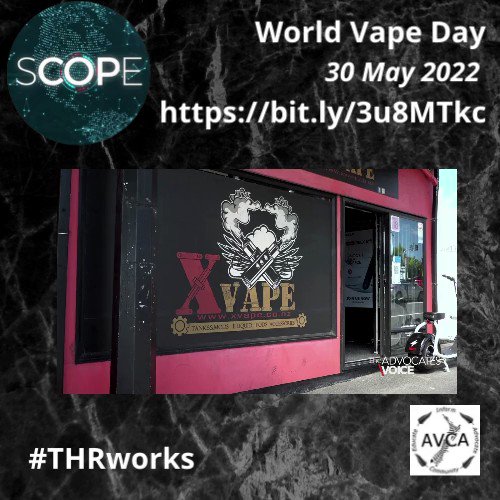